Live and Work in Paradise! 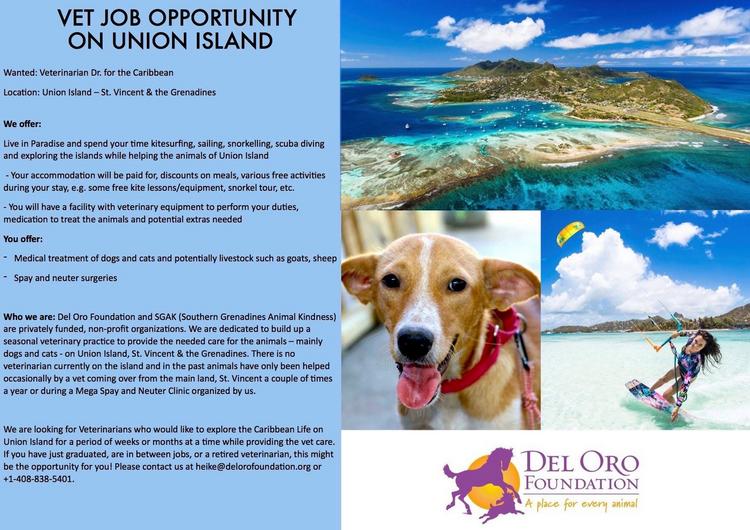 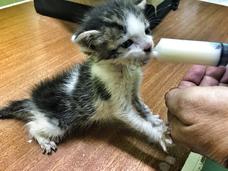 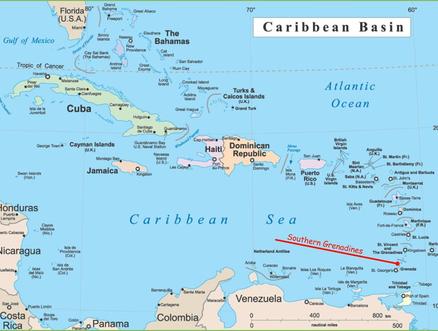 We were staying at a resort on Palm Island and decided to venture over to Union Island for a few hours. We were greeted by a few dogs who were friendly.

As we walked along the water through the small town our hearts were breaking for all of the stray dogs who were hungry, some were sleeping under cars and looking for shade, others were emaciated and one was injured and seemed to only have a few days of life left.

I was determined to find a restaurant and buy meat to feed them because the two markets we went into were void of any dog food. Others we were with wanted to turn and go back because it was a difficult sight to see but we continued on in search of food or a way to help these animals who looked at us with their sweet eyes.

Against our better judgment we did pet a few of them. They seemed friendly but scared of the attention they were getting. Taxis and cars were driving very quickly down the street. We were afraid they were going to hit the dogs.

As we walked a little farther we found the SGAK/vet office. Sure enough, two very nice women were there caring for some dogs - one had vision problems, one that had been hit by a car and had a splint in its leg, there was an abandoned small puppy that they had found when he was just days old. They were helping 25 animals but there were so many more on just the one street that needed help. I had no problem handing money to these kind women. They need more help and more money for food, vet care and their spay/neuter program.

I implore anyone who loves animals to help this rescue program. They need support. We only walked a few blocks. I can’t imagine how many other dogs on the island needed care. If you are considering a new pet, adopt from SGAK!"

SGAK is a non-profit organization, born out of the dream of a few people in the Grenadines who have observed the effects of neglect, starvation, abuse and disease on the animals in the islands.

Long before SGAK was formed, the people behind it were donating, caring, adopting and treating animals with medications and surgeries for some years. We decided to formalize our organization and hope this will raise awareness of the plight of these animals, plus bring in some much needed funding to increase the activity.

In our eleventh year now, SGAK is privately funded by the founders and accepts donations from caring animal lovers who are aware of our mission and shelter facility.

SGAK has already neutered/spayed and treated many hundreds of dogs and cats on both Mayreau and Union Island. Many of the dogs treated by SGAK are “street dogs” while some of the “owned dogs” are treated and paid for by SGAK as many owners cannot afford medication nor neuter/spays. In addition to neutering/spays we are also medicating these animals against fleas, ticks, worms, mange, other diseases and injuries as needed. Of course we feed all the dogs and puppies in residence - we have had up to 32 dogs in the facility at times.

SGAK has a shelter facility on Union Island with a full time resident/care person (Susie). The facility has about ½ acre of shaded runs and holding kennels for recovery. The shelter provides medications, care and recovery time for puppies and injured or sick animals until they can be placed with responsible owners who must commit to proper care of their new pet.

Our facility on Union Island conducts several clinics each year with the assistance of veterinarians from the region.

Our Union Island shelter is open between clinics for care and feeding all year round, and Susie, our care person and vet assistant, oversees the day to day operations.

We are attempting to teach local owners, case by case, about animal care and disease control with a longer term outlook of creating a much better understanding of and kindness to animals. This is a big challenge, but our approach is by example.

Other than the obvious goals of reducing birth rates and disease, we hope to educate younger people about care and abuse, while making an obvious improvement to animal welfare on Union Island and Mayreau. 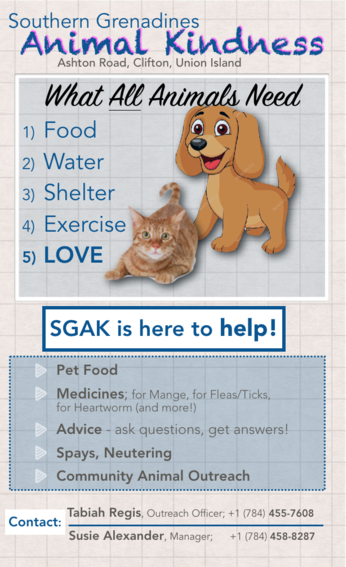 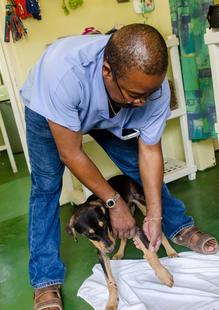 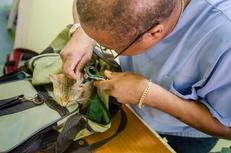 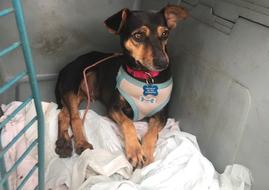 WANT TO ADOPT A DOG OR CAT?