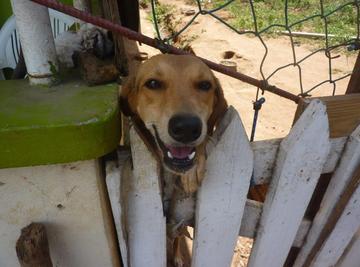 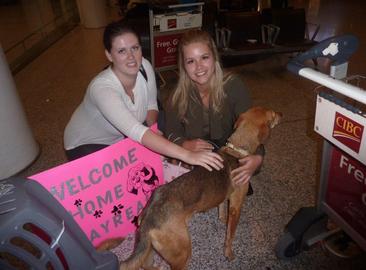 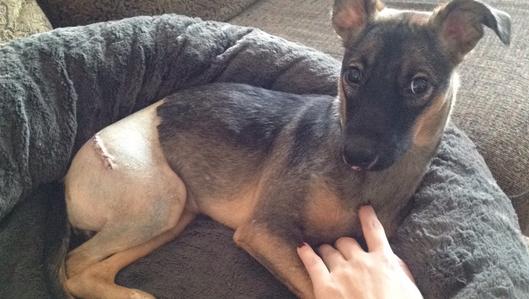 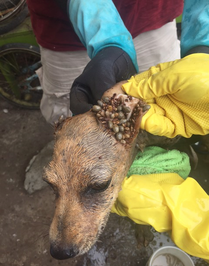 Her name is Trouble and this is how she looks now.  Trouble (she is no trouble) came to SGAK totally depressed and skin and bones.  Today she is playful, healthy and looks great.  Trouble is a sweet girl.  UPDATE - May 2017 Trouble was recently adopted on Union Island.
​UPDATE March 2019:  Still alive and happy in her new home. 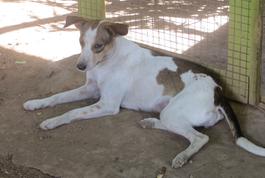 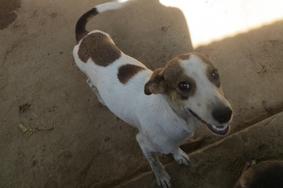 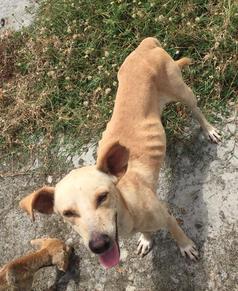 from Union Island enroute to San Francisco at their Miami Airport pitstop : December 2018 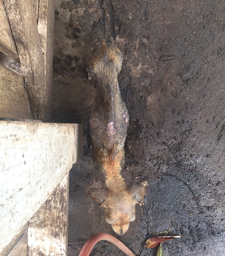 Recently adopted by a young Canadian university student visiting Union Island.  Sam visited SGAK shelter and fell in love with Tiny (Kipper).  Kipper was "exported" through St. Lucia on Westjet and his new owner met him at Toronto airport. 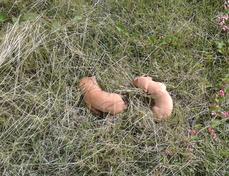 On Union Island in May 2017 we came across one of the saddest cases of animal cruelty and abandonment.

Eight dogs, 2 cats and 3 kittens were starving to death and were it not for SGAK staff and others on Union who fed them for a few days they would have died.  These dogs, cats and kittens were abandoned with no food or water. Two puppies were discovered after the rescue of the original 13 animals.  While these photographs are difficult to look at, they are reality.

Subsequently, the animals have been rescued and sent to our Southern Grenadines Animal Kindness (SGAK) shelter in Union Island for care, meds, food and love.  These animals will require a lot of medical treatment to bring them back to health as the starvation and abuse they have endured has depleted their immune systems.  These photos below show the animals after 2 weeks at the SGAK shelter and we continue to treat them.

Leo is a street dog adopted by two ladies from America.  He followed them to the ferry and they fell in love with him and are now supporting him for feeding and medications.  Leo still lives on the street.

A CASE OF DOG AND CAT CRUELTY ON UNION ISLAND

These six puppies were rescued by SGAK in November 2016 from Union Island at a few weeks old and are now beautiful, healthy puppies.  We are hoping to have them adopted soon. 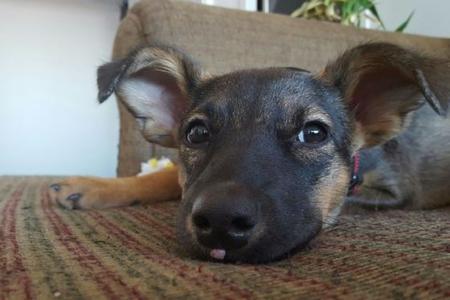 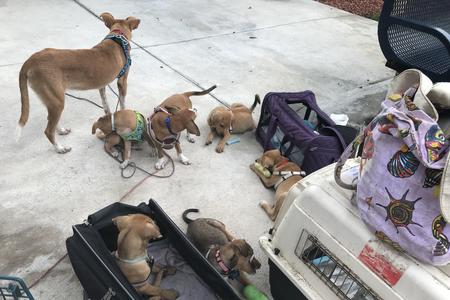 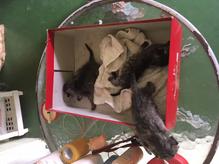 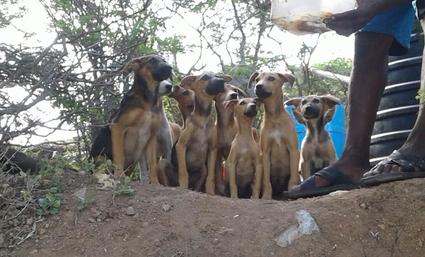 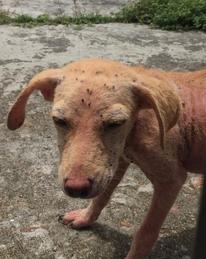 Winnie was rescued at about 4 weeks old.  She was found dying  in a ditch with deformed legs and hip.  She was fed and medicated at the SGAK shelter.

Winnie was adopted in December 2016 by two young ladies in Toronto, Canada who had surgery performed on one of her legs.  She is already more mobile and happy. 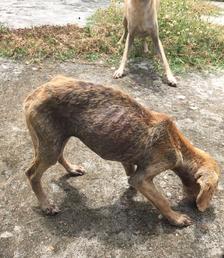 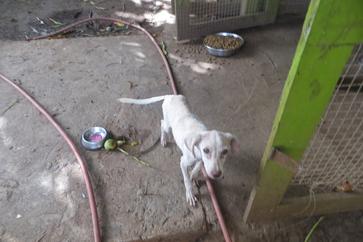 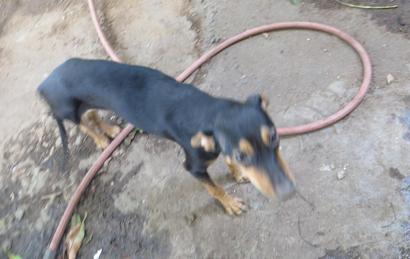 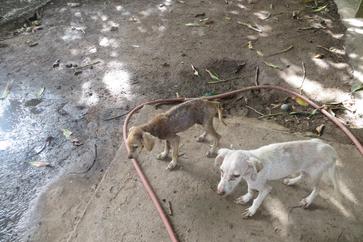 June 22 update: Sadly the 3 kittens have passed away.  They were just too long away from their mother unfortunately.

Mayreau was rescued in 2016 ago and became a resident in the SGAK shelter.  In April 2017, he was adopted by the same young ladies in Toronto that adopted Winnie.  Mayreau had been befriended by Sarah, a good friend of the ladies.  Sarah had intended to adopt Mayreau but sadly she passed away  The ladies adopted Mayreau in her memory.